← Back to all venues 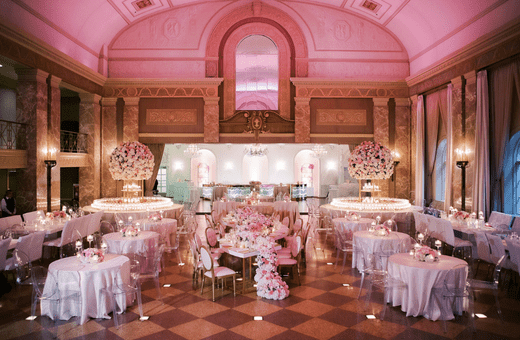 The epitome of opulence, this former hotel (opened in 1925) once hosted such important figures as Franklin D. Roosevelt, Charles Lindbergh and Harry S. Truman.

After sitting vacant for about 15 years, $40 million was spent in 2001 to restore the building to its former grandeur. The rubble was cleared, the roof rebuilt and the original terrazzo floor uncovered and refinished, and the now iconic 45 art deco up-lights on the ballroom floor have been repaired. In early 2015, an additional $300,000 was put into a refresh of the Grand Lobby, East Lounge, Bradshaw Room, South Ballroom and Grand Ballroom. This venue is now bright, elegant, grand and extraordinary—a true gem in the St. Louis event scene.

The classic yet updated spaces appeal to all. It is truly a St. Louis icon and an absolute must-see.